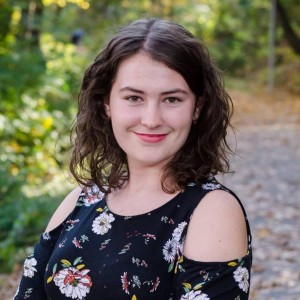 This article is based on our scouting and mapping processes, through which we gather various news, updates, events, opportunities and many other topics of interest related to the startup ecosystem.

Relying on the public announcements, in the first 6 months of 2022, we have tracked 36 rounds of investment made in Romanian startups and 12 in foreign startups which have at least one Romanian founder (living abroad).

The volume of these investments for the aforementioned period was ~€64.5M in 36 rounds in startups that are based in the country and ~$500.3M in 10 rounds (2 other rounds were undisclosed) in foreign startups with Romanian founders.

Comparing this data with the one from last year, we can see that there has been a slight decrease both in the number of rounds and in the amount invested. When in the first part of 2021, there was €82.2M raised in 50 rounds by the Romanian startups, this year the invested amount went down by almost 22%. This can be attributed to the fact that inflation is getting higher by the day, a recession is looming around the corner and let’s not forget about the war in Ukraine affecting the overall growth in Eastern Europe and making investors more cautious. So considering these facts, people in general are not so keen on doing risky investments.

Going further and analyzing the distribution of the investments received by the Romanian startups, we can group them by the following way:

Some of the highest and most important deals were the following:

Regarding the funding raised by startups which have at least one Romanian co-founder, this totals ~$500.3M in 10 deals and 2 other ones that were undisclosed. This amount is more than double than the one from the same period in 2021, this being ~€242.8M.

The biggest investments were the following:

In order to have access in real time to this kind of information, join Startup Ecosystem Radar.

The COVID-19 pandemic may seem to be over, but we are still living uncertain days, which can and will influence a way or another the financial markets. Even so, we see that startups are trying their best to attract funding, to develop their products and services, and to stay above the water.

Looking at this years’ quarterly trend, we see that the new year started at a slow pace, but the second quarter finished in a nice way, the investments made in Q2 (~€42M) are almost double the ones from Q1 (~€22M).

Aside from these facts, last year’s structure was almost the same, as the quarters passed, the amounts invested in Romanian startups followed an increasing trend. This can show that if the flow remains the same as it is now, at the end of 2022, we will calculate a relatively high total volume of investments.