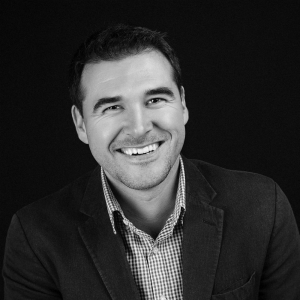 Ending the year, it’s time to think about what happened in the world of Romanian venture capital investments during 2022.

This article is based on our scouting and mapping processes, through which we gather various news, updates, events, opportunities and many other topics of interest related to the startup ecosystem. Part of the Startup Ecosystem Radar, we prepare this information in a digestible form and deliver it to our subscribers on a weekly/bi-weekly basis, with the aim to inform them about the ecosystem and help them make business decisions. If you would like to get these reports, subscribe by using the form at the end of this article.

This is a yearly article, you can check out the 2021 edition here and also we have made a wrap-up in which we discuss the first half of 2022 from startup investments perspective.

While the amount raised in the first part of 2022 seemed to announce a really good year in terms of investments attracted by the Romania-based startups, the second half of this year has made a downturn in the slope.

Based on the public announcements, in the first half of the year we have tracked 35 rounds of investments worth ~€50.5M (we treat DRUID’s $16M series A round as an outlier, the data on the graphics below doesn’t include this round), while in the second part of the year we monitored 32 rounds with a total of ~€28.77M.

This way, the total amount invested in 2022 reaches ~€79.27M in 67 deals without the series A round of DRUID. We note that there were also 2 other rounds that were not disclosed (Innoship, Froopt).

In comparison with 2022, in 2021 the investment scene looked the following way:

We can observe that while in 2021 the last two quarters were the most successful, this year the page has turned and we can say that most profitable investment quarters for the Romanian ecosystem were the first two ones, having the highest investment volume.

Since last year, the funding environment for startups has been shifting, with ups and downs, the global situation (Russian war against Ukraine, crisis and inflation, technology stocks going down, etc.) has caused a general decrease in the total amount invested by venture capitals in 2022.

In view of the last 5 years, we identify a continuous growth with 2021 being more than double the previous year, but 2022 breaks the trend. Based on our data, venture investing fell by 7.35% compared to 2021 for the first time in the last few years. Due to the current situations worldwide, we expect that this downward trajectory will continue also for the near future.

Considering the deal size, we have the following:

Some of the highest and most important deals from the second half of 2022 were the following:

Regarding the funding raised by startups which have at least one Romanian co-founder, this totals ~$521.96M in 13 deals and 2 undisclosed ones, almost double compared to 2021 when the sum was ~$289.27M in 9 deals.

The biggest investments were the following:

Some conclusions and trends on pre-seed and seed stages

In the following lines, we’ve gathered opinions from Romanian investors, which depict the perspectives on the ecosystem. We thank them for the contribution.

1. Cristian Negrutiu (Sparking Capital): “Regarding the year 2022, I think the key word was caution, especially after the start of the war and rising inflation. It’s not about fear or panic, it’s just that things are moving harder. I think the trend will continue in the first part of 2023.”

2. Bogdan Iordache (Underline Ventures): “2022 was a year of changing the rules of the investment game, a year that made the transition from the exuberance of 2021 to the uncertainty of 2023.”

3. Alina Georgescu (Catalyst Romania): “2022 was challenging, but also empowering for those who were more adaptable and who used resources in a more efficient way.”

4. Cristian Dascalu (Gapminder): “From GapMinder’s perspective, this year’s investment ecosystem was characterized by a continuous swing between caution in evaluating startup growth plans and openness to founders who address well-validated problems and proven traction in the market. In the case of Techcelerator, we noticed an additional openness on the part of several co-investors and actors from the regional ecosystem towards active collaborations on a longer horizon.”

5. Daniela Aldescu (Smart Impact Capital): “In 2022, although we are coming after a period of challenges, we have noticed an effervescence in the market, there are still many opportunities, many undiscovered talents. Investors looked and are still looking carefully at the ecosystem, it is perhaps one of the best moments for the ecosystem in Romania and in Europe, we see that the businesses have started to deliver consistently, to understand the expectations. I firmly believe that there is a huge potential in the area of sustainability, of products and services that respond to the new reality, and we saw this in 2022 as well – there are start-ups that have proven and have the potential to bring added value to the country.”

6. Stevanca Vieru (Growceanu): “As the year progressed, investors were much more careful with their investments, having the clear expectation that valuations would be adjusted downwards (expectation set by the change in the economic environment: increasing uncertainty, increasing inflation, increasing interest rates, very large discounts on the stock market). The founders had difficulty assimilating this need of the investors, for them the pressure was in the opposite direction: the increase in costs and the increase in uncertainty, therefore a greater need for money. Only 15 of the 45 startups that were invited to pitch in 2022 received an investment from Growceanu members. The significant increase in the volume invested by Growceanu members (almost 1.3M vs 500k) comes against the background of the more than 4-fold increase in the number of members compared to 2021.”

7. Valentin Filip (Fortech Investments): “The year 2022 was one of expectation. Many investors postponed investment decisions. At the same time, on the advice of investors, the startups tried to raise much larger rounds to ensure a longer runway, but in the end, due to the paralysis in the market, they end up exhausting their current resources. However, we are happy that we have reasons to trust the startups in which we decided to invest and we will continue to support them in 2023 from a more solid position.”

8. Tudor Ciuleanu (RebelDot Ventures): “This year, we’ve been presented with many more opportunities than in the past years. The main channels for opportunities were direct contact, Transylvania Angels Network, Growceanu, and Seedblink. The average quality of the opportunities has risen significantly compared to last year.”

9. Ilinca Paun (Bravva Angels): “I cannot issue very general conclusions, I am looking at my investment thesis, tech enabled by female founders. I saw it this way:

We’ll see more in depth analysis in How to Web‘s “Romanian Venture Report 2022” which will be launched in the end of January.

Meanwhile, stay tuned for various news and updates with our newsletters: